Menu
Schedule a Consult
Back to all

Facebook Explore Feed could be good news for your business

It’s hard to believe, but in fact, it’s true. Facebook is approaching the point of having more advertisers than advertising space, and that means the company is considering changes to its News Feed.

The Explore Feed provides another opportunity to reach out to new friends, using interesting and engaging content. Traditional viral content will certainly have a home on the Explore Feed, but so will short how-to videos, recipes, crafts, and entertaining content.

It’s unlikely that the Explore Feed will permanently divide users’ private content from advertisers’ content. Facebook recently conducted a test in a half-dozen countries that did just that. All non-user-generated content sent to the Explore Feed, while individual users’ content was sent to the News Feed. The countries in the test included Bolivia, Cambodia, Guatemala, Serbia, Slovakia, and Sri Lanka.

According to some published reports, user engagement took a disastrous hit, dropping as much as 75%. Further, journalists in Guatemala complained that the switch made it difficult for users to distinguish genuine news items from fake ones. The journalists fretted that the changes could allow people to be swayed more easily by propaganda masquerading as vetted news items.

What’s new in the News Feed?

Worth noting in all of this, Facebook has recently rolled out some changes to the News Feed that will make content easier to read and navigate. In addition, Facebook has touched up the Camera feature. Users can now record 2-second GIFs and post them to Facebook. They can also start a live stream using Facebook Camera.

Live streaming on Facebook opens up a host of new possibilities for businesses that are looking for ways to improve their user engagement. Live streaming provides opportunities to enhance organic Facebook content. It allows businesses to stream demos, how-to events, show off new products, and engage both new and existing Facebook followers.

At the same time, Facebook is making improvements to the News Feed and other features, it is also focusing on the mobile user experience. Earlier this year, Facebook announced that it would give preference to News Feed items based on load times for its mobile users. The faster a News Feed item loads to a mobile device, the higher its chances of being displayed for a mobile user.

The converse of that is that Facebook will begin deprecating News Feed items that load more slowly. The slower an item loads after a user clicks on its link, the less likely the platform will be to present the item. That could reduce an advertiser’s reach if they’re not at the top of their game when it comes to identifying and serving mobile users.

As you’d expect, Facebook has a target load time in mind, but it isn’t sharing that with its content providers. In addition, Facebook will tweak the standard on the fly, so “fast” has become a moving target.

One of the drivers for fast content loading is Facebook’s article hosting service, Instant Articles. Advertisers have the option of hosting their content on Facebook’s servers, in theory, to improve the user’s experience. The question remains, however: is an advertiser’s content more likely to be delivered if the content is hosted by Facebook?

For its part, Facebook says that it’s not making the load-time changes to boost advertisers’ use of Instant Articles. The company says that content on Instant Articles will be prioritized using the exact same standards that are applied to third-party content. That’s not an entirely satisfying answer if you think it might be possible that for other reasons, Instant Articles may have an inside track to users’ News Feeds.

Facebook began offering its content hosting service two years ago, but in large part, advertisers haven’t had a reason to warm up to the service. Many advertisers prefer to drive traffic to their own websites, and therein lies the rub. Not all websites are created equal, and Facebook intends to move the slow movers out of the way. Facebook is trying to sweeten the Instant Articles pot for advertisers by helping IA users generate more advertising revenue. They’re also working on incentives to connect content publishers with subscribers via a paywall.

At this point, Facebook’s plan to address the availability of space on the News Feed isn’t entirely clear, but it is obvious that the platform is testing things with an eye toward improving both the users’ and advertisers’ Facebook experience. 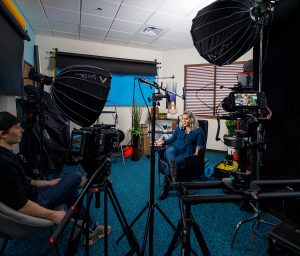 What Videos Do You Need for Your Business? 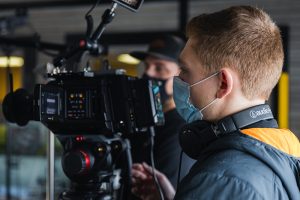 Camera Shy? How To Prep For Your Big Video Shoot Day

Even if you aren’t a digital marketing expert or a savvy business professional, chances are

As of the end of 2019, the number of worldwide email users surpassed 2.9 billion,

Ready to grow your business with a solid marketing strategy with Spotted Fox Digital Marketing?